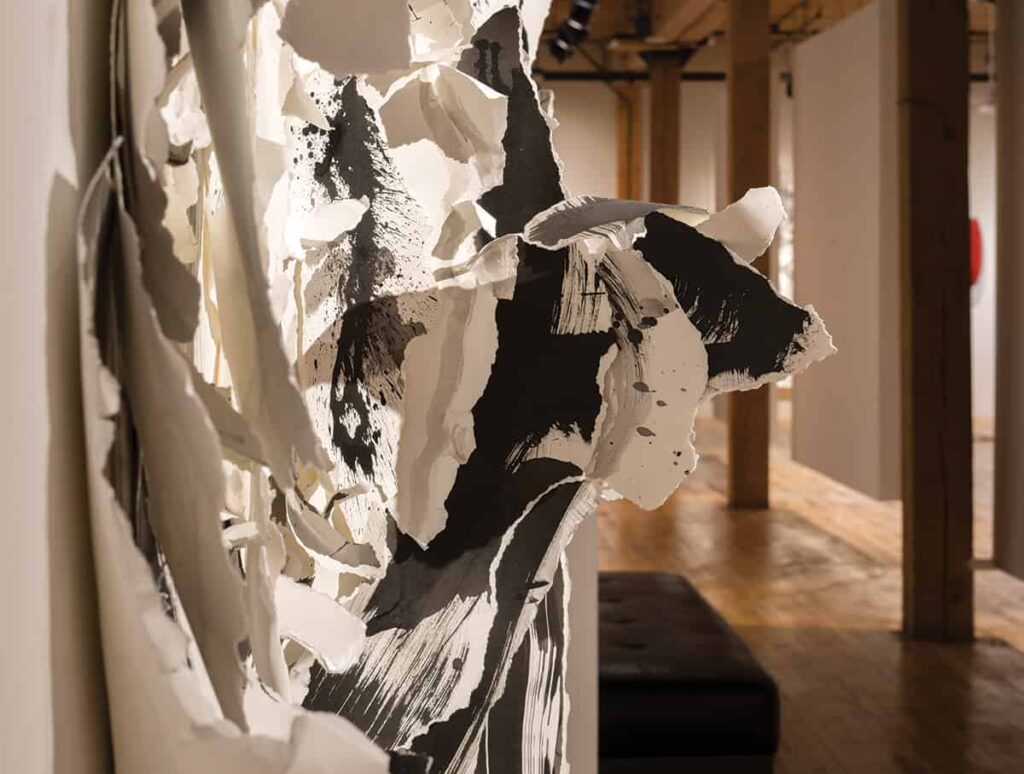 Chicago’s noted Center for Book and Paper Arts at Columbia College cites “interdisciplinarity” as a defining characteristic in contemporary art practice.  Bridgeport Art Center’s Paper Arts exhibition presents investigations of new materials and interdisciplinary approaches, as well as the use of unique papers.

Perhaps the most exciting aspect of this area of contemporary art is its exploration of some of the ways in which what is essentially a flat or two-dimensional material – paper – can be transformed into constructions that not only occupy three-dimensional space but that also, therefore, play with light and shadow, giving the works additional complexity.

Both Azadeh Hussaini and Yoonshin Park create what could be called “bas-reliefs”  (wall sculptures) constructed of leaves of paper set on edge in organic rhythms and subtle color variations in a rectangular or square format.  Katherine Nemanich describes her ink and paper constructions as three-dimensional forms that “burst out of themselves within a sturdy physicality.” Although the ink marks are gestural abstractions, the undulating forms of the paper suggest energy, waves, rock, or other physical elements.

Several of the artists in the show present drawings on unusual paper surfaces. Kevin Fair uses guest checks (from the restaurant where works) for his drawings. Dozens of these small papers are arranged into a path under Plexiglas on the floor and walls of the gallery to create a large installation.  Rebecca Wolfram has documented an entire year of daily drawings on pages of a paperback book (mostly Webster’s Dictionary), based on newspaper photographs, in a reflection about ephemeral news of the day as well as the passage of time itself.  Andrea Peterson creates her own unique papers in which natural materials like leaves and flowers are enclosed or imbedded within the paper itself.

Contemporary works on paper also reference non-Western art traditions, so that the field is not only interdisciplinary, but also multicultural. Phil Ponce draws inspiration from the Mexican cut paper folk art tradition to create elegant paper works with imagery drawn from nature, including flowers, birds and insects.

At the farthest extreme of three-dimensionality are Erin Cramer’s amazing life-size animal wall mounts, made to look like taxidermy but constructed entirely out of paper. The artist provides animal masks for visitors to try on, and displays boxes of fibers that are used to make paper.

Representing an important movement in contemporary practice – collaborative art – are works consisting of strips of paper woven together by Carole Harmel and Lialia Kuchma to create visual and word puns (such as “Root/La Route”).

Tamara Wasserman presents cut-out shapes which echo the drawings on them, such as hands. “Turning drawings of my hands into cutouts, I distance them from the intimate, from the warm, from the cozy. I make them leap into the world of abstraction.”

First prize for “interdisciplinarity” must go to Joe Fournier, political cartoonist for The Tribune, who specializes in large ink drawings on paper that has been bent and molded.  Related to the cartoon style of drawing that he employs for his political work, several of these pieces have the elegance of a Picasso drawing but also include an element of humor.  An accomplished musician, Fournier also has brought his trio “Joe Fournier and the Nexus Ensemble” to perform during the opening reception.

The Paper Arts exhibit demonstrates how artists through the power of imagination are able to expand the boundaries of art in the never-ending search for new ideas and methods.  It also demonstrates the idea that today value in art is not necessarily due to the preciousness or beauty of a material itself (such as mosaic, colored glass, gold leaf, etc.) but emphasizes the creativity of the artist to present a new reality, realized through materials as humble as paper. 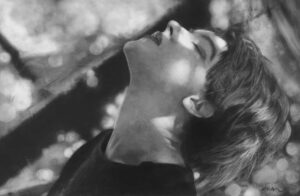 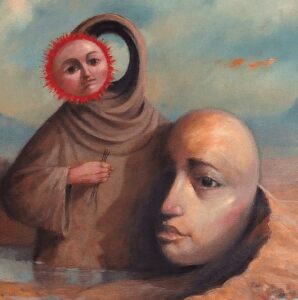